A hint of Nissan GT-R Future

Nissan Just announced lately that they will produce only 50 Units of a special or maybe weird (for some people) Nissan GT-R, we’ve seen this GTR lately in Good wood festival it had a complete body make over called made by an Italian company called Italdesign but honestly I didn’t thought that Nissan will even think of producing it.

Anyways, Nissan will produce 50 cars and it will be called GT-R50 with the same engine but tuned to reach 710 HP and 481 Pound-Feet of torque and it will cost 1.12 Million USD!

Yes thats right, a GTR with a body kit and engine tune will cost 1.12 Million! Currently the most expansive GTR is the nismo version which is priced at 176K USD.

This Italdesign GT-R for collectors but not for GT-R Enthusiasts, In my personal opinion I really hope the next generation GT-R will not share anything with this weird GT-R.

The current generation of the Nissan GTR came in 2009 and now its 10 years old, Nissan have to take an action soon to make over the whole car and announce a new model or even a concept rather than building a weird version of the GT-R.

But if this werid GT-R50 is a hint that the next generation GTR will be a super car then we are excited, perhaps the rumors of the next Mid-engine C8 corvette will drive Nissan Engineers to convert the GTR to an entry level super car that might compete with the C8 and Mclaren 720s 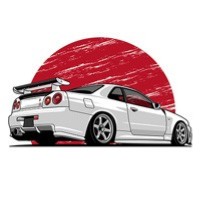